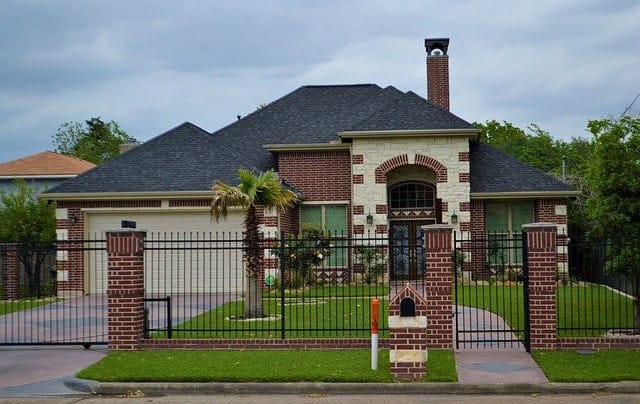 Solar power energy has been a big hit in recent times. Not only is it environmentally sustainable, a better option for the planet for sure, but it is also a great way to, by investing a little bit more money, save up a bigger sum in the long run.

The purpose of this article, however, is to explore the practical side of solar-powered energy. Does it work when it comes to Gate Accessories? And this will be done by focusing on one single device: solar-powered gate openers. Do Solar-powered Gate Openers Work?

In case you don’t own one already and don’t even know what they are, this article starts with the base definition of a solar-powered gate opener. What are they? Where do you get them? And how they work?

In case you don’t own Solar-powered Gate Openers, but already know what they are and would like to get one yourself, but aren’t sure whether to do so or not, the next couple of sections offer advantages and disadvantages of owning one. Besides the two most important ones that we’ve already mentioned.

Then, the focus will shift to different types of gate openers, and their differences to solar-powered gate openers.

Finally, we’ll elaborate on when solar-powered gate openers are a good investment for your investment property, and when they might not be.

What Is A Solar-powered Gate Opener?

Solar-powered gate openers are exactly that – a gate opener that works on solar power. While it might be common knowledge in this day and age how garage openers work, it might still be quite a mystery to somehow do solar power work.

As you might have guessed, it starts with the sun. When it hits certain surfaces, sunlight turns into heat. Hitting some other surfaces, however, turns sun rays into energy.

Previously, large silicon crystals have been used to collect solar energy, and today “thin-film” solar energy is used, in which copper-indium-gallium-selenide crystals are used.

The panels catch sunlight’s energy and transform it into solar power. Inside, bonds are created between electrons that, once the light gets absorbed, move more freely. Like that, they create a current that stays there until ready to be collected.

A gate opener is a device that opens and closes gates. They can be used either manually or by a wireless transmitter – a remote.

Different types of gate openers work in different ways; some use motors, others use hinged arms that reach around objects, and some roll guides.

A solar-powered gate opener consists of, most importantly,

The actuator holds the gates in place while the ram is pinned on the gate. Instead of the endpin, a stainless-steel pin and lock can be used to increase security.

Of course, solar panels are the most important part of the solar-powered gate opener. They consist of a gridwork of cells that collect and transform sun energy into electricity and are connected to the control panel with a wire.

After that long and exhausting explanation of solar power and gate openers utilizing that power to work, let’s explore if installing them is a good idea or not.

In addition to your solar gate opener, if you are having a few panels on your roof, that could bring your electricity bills to almost zero.

Can you believe that?

As solar panels store electricity when it’s not used, you don’t have to worry about your gate opener not working when the power’s out.

Solar power is better for the environment. Since most electricity comes from fossil fuels that emit greenhouse gasses into the atmosphere, using solar power can reduce that on a large scale.

To encourage the usage of solar power, most governments give you money back. In the US currently, you can receive 26% of the cost back through the end of the financial year.

This isn’t about the cost of the gate opener – it on its own is relatively affordable – the solar panels and the setup it comes with, however, are not.

Even though you’ll get some of the money back, they are a luxury not many can afford.

Not every property can support a solar-powered gate opener, for example, because of the lack of sun year-round. So, the location where you live and its weather pattern is an important factor you should consider before spending any money on a solar panel gate opener.

Connected to the previous point is that solar panels rely on the weather to work. If there are long periods without sun and all the stored electricity is used up, what then? You have just made the wrong choice.

To conclude, the decision is always yours to make. There are advantages and disadvantages to owning a solar-powered gate opener. Which side will prevail is your question to ask.

What Are The Other Types Of Gate Automation Options?

There are electric eyes, electric keypads, and push-button remote controls when speaking of gate automation powering methods. Choosing the right one for your property depends on the size and even the climate of the location where the gates are situated.

Among lesser common options, there are lasers, pressure-sensitive and infra-red switches as well as voice and thumb recognizing switches for extra security.

The most secure places actually use more than one method, meaning whoever wants access will require two or more codes.

In areas that don’t get covered in snow and ice through the year, the most common gate openers are pressure-sensitive ones. The devices are placed near the gate and are activated by the car’s weight running over them and, like that, opening the gates. However, this so-called underground automation system doesn’t work in snowy areas, so keypads are the most common substitute.

While underground systems may appear prettier to the eye not being visible, above-ground systems are cheaper and thus more commonly utilized.

Which one will be used in the end also depends on the type of gates. Sliding gates work better in smaller driveways with a wider frontage and uneven spaces and are more secure than swing gates. Swing gates need more space and longer driveways but are cheaper and simpler.

What grants durability to gate openers is the battery. Its durability depends on the frequency of usage, the model, the installation, maintenance (or lack thereof), and even weather.

On average, it can last up to 250 cycles. It is just like a car battery – you never know when it will abandon you in more aspects than one. While an electric battery of approximately 250 cycles generally lasts up to 2-3 years, it’s said that solar-powered batteries last longer: up to four years.

Furthermore, if it’s not constantly opened and closed, it might last even longer. If it’s continuously used, its lifespan will be shorter.

Residential gate openers that aren’t overused are expected to have up to a ten-year-long lifespan, with one or two times in that decade needing a replacement part, such as the control board or limit switch.

As the main part of the solar-powered gate openers, we must explore the life span of solar panels next, too. They’re highly resistant and can work properly even under harsh weather, and overbearing sun.

Solar panels manufacturers expect them to last approximately 25 years. Still, it’s a question of many factors whether the panel will live that long. The typical warranty, however, is only 10 years.

And, the factors connected to the longevity of a solar panel include

Windstorms may make a tree branch fall on the panel, and even birds with their nests around the panel pose a threat to its longevity.

When Should You Consider A Solar-powered Gate Opener For An Investment Property?

Solar power offers a great alternative to fossil fuels, as it’s better for the environment. If that is something you’re passionate about, or just want to sleep at night knowing your consciousness is clear, solar power is the right thing for you.

Suppose you want to sleep good at night knowing you’re saving money on your bills by having solar-powered gate opener installed. In that case, they’re definitely a good idea too. Or, if you’re in for it just for that government support money that’s still being given away for each and every solar panel installed, go ahead and install a few yourself.

Finally, the last advantage left is especially useful to owners of investment properties.

Clearly, investment properties require all-day-long access to electricity. They’re also highly dynamic places, with people coming and leaving all the time, be it guests or tenants. For that reason, not only solar energy, but also solar-powered gate openers are a great tool. It’ll keep your tenants and your tenant manager happy as well.

When Should You Not Consider A Solar-powered Gate Opener For An Investment Property?

Now that we’ve elaborated on the advantages and disadvantages of solar power in general, which also translates to solar-powered gate openers, and the term investment property has also been defined in the previous section.

Now, let’s explore the scenarios in which giving up on solar power and solar-powered gate openers for your investment property might not be a good idea.

In case you’ve been fully convinced by all the advantages and the possible scenarios from the previous section, this is a section to skip. If you, however, are looking for reasons not to turn to solar power, here they are.

Firstly, the installation of solar panels is expensive. Even with government support money, solar panels can be a luxury for the majority of people. There’s no need to get in debt just because of this; especially if you have additional properties such as investment properties to manage. It’s simply an unnecessary risk.

Especially considering how weather dependent, it is. As resilient as they are, solar panels do have some quirks we’ve mentioned in one of the previous sections as well.

There are also maintenance costs and stress that don’t come on such a level with other gate openers.

Last but not least, your investment property might not even be a good fit for a solar-powered gate opener.

In recent times, we’ve witnessed a drastic rise in talking about renewable energy sources. Solar energy is the most talked about. This translated into the gate openers as well, allowing new and modern solar-powered gate openers to penetrate the market. This article explored them.

Solar power as well as the new and modern solar-powered gate opener devices, come with a set of advantages and disadvantages. Both sides have been explored in the second section of the article. Following these plus and minus sides, we’ve listed some possible scenarios in which an investor might want to consider or pass on solar-powered gate openers.

In the end, it’s a matter of personal preference and individual values. This is a tough decision that requires both sides of the coin to be weighted out perfectly. Make sure to conduct a proper research so you can make an informed decision.

Multiple gate openers have been listed, and you can also find out how long a gate opener battery lasts. Do you think solar-powered batteries last longer or shorter than electric batteries? The answer is surprising, and that was covered too. 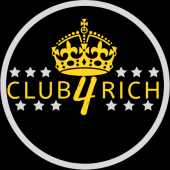 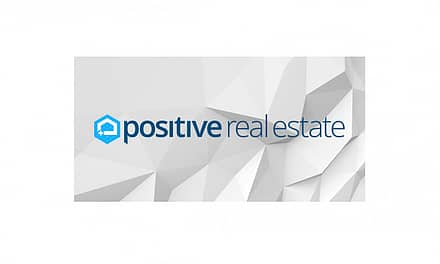 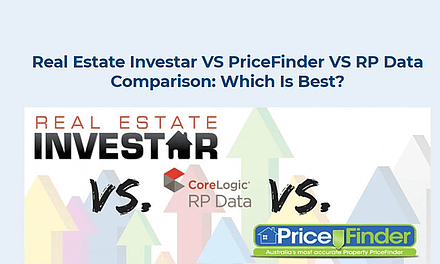 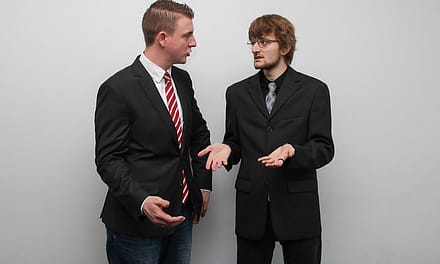 Can Real Estate Agents Lie About Other Offers? 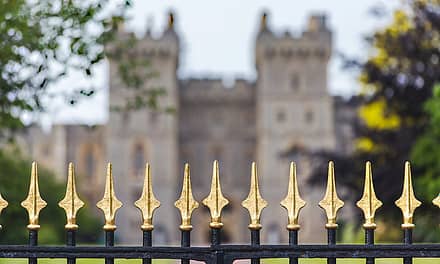 23 Things To Consider Before Fencing On a Slope